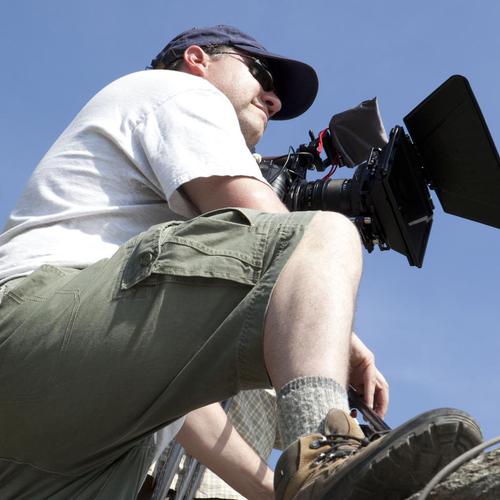 Creativity Starts in a Kitchen

Guy Noffsinger is an avid storyteller - yet where those stories come from and how they are told may be a story in-itself.

Creativity is a magical thing if you are so fortunate to have it continually bubble to the surface. If, however, you find yourself from time to time in the troughs between waves of creativity and inspiration, consider sitting in on this short but meaningful presentation where perhaps you may soon find yourself at the top of a new wave of creativity, and with the momentum to carry you through a new project or complete an old one.

Guy is an average “guy” with the gift (or curse) of too much creativity. He started his professional life of filmmaking as a US Navy Combat Photographer / Videographer, and served over 20 years. During that time, he graduated from the University of Central Florida (go Knights!) with a Bachelor of Arts in Communications ,and later earned a Master of Science Diploma in International Studies. While attending his undergrad studies, Guy used his experience as a military documentarian to gain employment with a CBS News affiliate and quickly learned to live and thrive in the brutally hectic world of network television news. After five years, Guy left to work in the motion picture industry at Continental Film and Digital Labs post production facility as a sales and advertising manager, and soon found himself attending dailies screenings on feature films such as The Waterboy, True Lies, Assassins, Jaws 3, Parenthood, Cocoon, My Girl, Rosewood, and many others.  Being in film production in Central Florida was amazing, but Guy wanted more and after a few additional years he hit the road and traveled north to Washington, DC, to work as a video segment producer for a Discovery Channel affiliate at Idea Television.  After almost a decade in the DC market, Guy was inspired to switch coasts to California and throw the dice at creating his very own production company in the world's most competitive market: Los Angeles. In a stroke of amazing luck - Guys’ new production company, Flagship Films, was awarded several contracts with Warner Brothers Studios, Sony Pictures and Paramount Studios.  Apparently Guy found a niche of creating EPK (Electronic Press Kits) for feature films and television series needing B roll and interviews of celebrities, and the above line talent for bonus material sections, of feature film DVDs.This was a great ride for Guy and where he learned one of THE MOST valuable secrets in Hollywood - something you may only hear in his short but informative presentation.

It was about this time that the United States (along with the rest of the planet) experienced the 2008 financial crisis and like may other independent film and television producers, Guy was out of a job. But don’t despair; God was smiling on him and soon he found his dream job - working as the Senior Television Producer for NASA TV. Guy was soon back on his home turf in Washington, DC, but this time helping to lead an international television presence with viewers in nearly every nation on Earth.  During this time at NTV, Guy also pursued other endeavors such as an independent documentary producer and even Public Service Announcements (PSAs) which eventually awarded him numerous recognitions to include two Emmy Awards. During this time he entered into contractual representation by the United Talent Agency (UTA - New York) and immediately began producing content for international consumption. Today, his most recent effort is a new collaboration with Fun Meter Productions: the maker of HBO’s Emmy nominated series “McMillion$.” The secret project will debut on Apple TV in the fall of 2021.  Today Guy resides in the Washington, DC, Metro region with his family and enjoys exploring the sights and food of other countries.