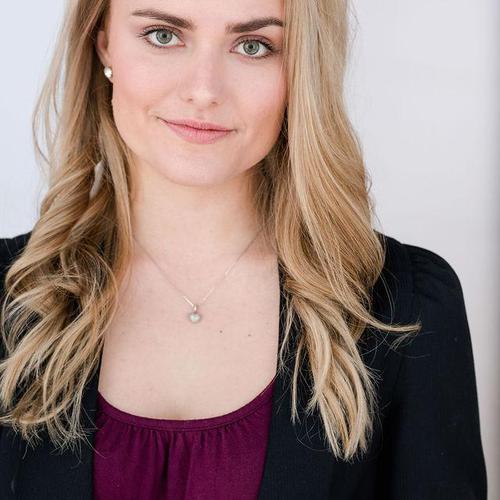 Showing up to invite the Muse, Whether or not it turns up

Andrea Sweeney Blanco is a bilingual and bi-costal working actor, singer, producer and coach. Originally from Monterrey Mexico, Andrea splits her time between the Latin and American markets in the world of Entertainment. Having gotten her BFA in Musical Theatre from Emerson College, she worked as a radio host for a popular radio segment, Standing Room Only on 88.9FM for Broadway and Filmmusic.

Since then, Andrea has appeared as an actor in 6 national commercial campaigns, gathered multiple international film credits and developed an Actor's Studio Theatre Program for a private high school in LA. She directed a play at the Raven Playhouse in North Hollywood about domestic violence, all proceeds benefiting the Good Shepherd Shelter for Women and Children.

She has now been Line Producer and 1st AD for various independent feature films and continues to coach actors. Andrea believes all creative endeavors require proactive collaboration, and creativity is just as much a discipline a sit is a form of divine inspiration. An arts-based career is truly a vocation, one unique to the carrier, and when treated with focus, care and resilience, magic happens.